On Thursday, May 16, 2013, a major fi­re broke out at St. Mary Roman Catholic Church in Willimantic, CT. ‑The fi­re department was informed around 6:30 PM, resulting in about 100 fi­refi­ghters from nine departments responding to help get the blaze under control. The initial fi­re was subdued by about 11:00 PM. ‑The roof area continued to smolder through the night, and another small ­fire broke out around 4:00 AM before being quickly extinguished by patrolling fi­refi­ghters. The fi­re burned through the roof, compromising walls and columns. The stained-glass windows had sustained damage from extreme heat, leaving some cracked and others broken. Water, soot, and smoke damage was throughout the entire building.

SRM, our large loss division, was called in among other specialized contractors and consultants to handle the restoration of the Church. The project required a signifi­cant amount of communication, project management and teamwork due to the different trades required and challenges to overcome. This loss was unique as the church was in the middle of renovations with scaffolding erected in the entire sanctuary, from balcony to altar. This also created a major obstacle to the ­firefi­ghters in putting out the fi­re. The scaffolding was needed to reach the ceiling for ice blasting, cleaning and reconstruction, but had to be evaluated to determine whether it was compromised from the heat of the fi­re and weight of the exorbitant amount of water used to ­fight the fi­re. Some of the beautiful plaster pillars of the church were compromised and ­filled with water. They had to be dried, restored and matched to the rest of the pillars that were unaffected. The pews presented many obstacles. Some were damaged from fi­re, heat and water and some only sustained minor damage. The challenge was whether they all could be salvaged and if not, could they be matched? When pulling up the damaged carpeting, linoleum flooring was discovered. This building material was among many others that needed to be tested for asbestos
prior to being disturbed.

Asbestos abatement of the fl­ooring was required. Once the abatement was completed, the pews could be removed. The removal all had to be
done while the scaffolding was still in place. A full pack out of salvageable content was required. Content was sorted, cleaned, and stored. The beautiful arched ceiling was one of the most affected areas, some of which needed to be replaced and the rest needed to be ice blasted, cleaned, and treated for odor. Additional ladders and scaffolding was required to reach these tight, high up areas. The affected, soot covered wood structure was cleaned by a process called dry ice blasting. This minimized the degradation of the wood while removing the soot and in some cases, the charred wood. Following the cleaning process, the wood structure was sealed to block odor.

After two years of restoration, Saint Mary Roman Catholic Church celebrated a newsworthy re-opening complete with a Welcome Prayer
Service and a Rededication Mass. “On Saturday, June 20, 2015, at 4:30 pm, our church, filled with joyous parishioners and visitors, was officially reopened with a beautiful Rededication Mass concelebrated by Bishop Michael Cote, Father Roger “Red” Lamoureux, our pastor, and other clergy. Firefighters and restoration contractors, including general project contractor Pelletier Builders, as honored guests, were applauded for their heroic efforts to save the church and for their outstanding craftsmanship in restoring this beautiful building.” 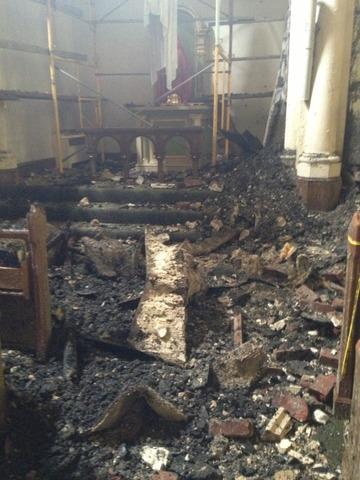 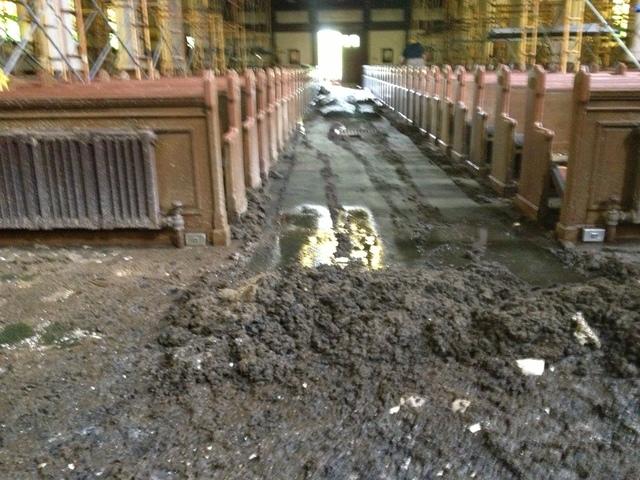 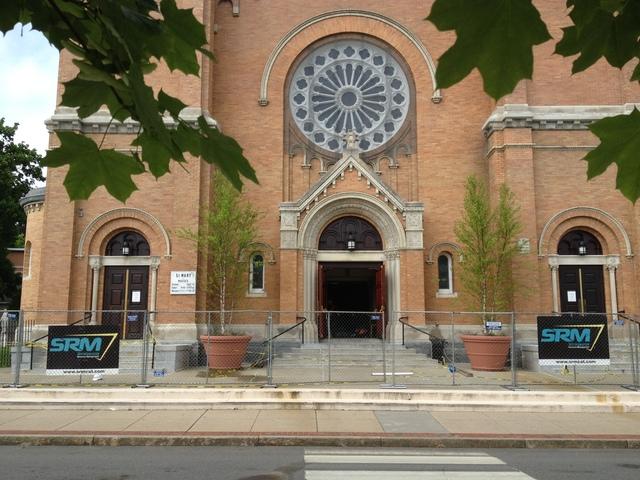 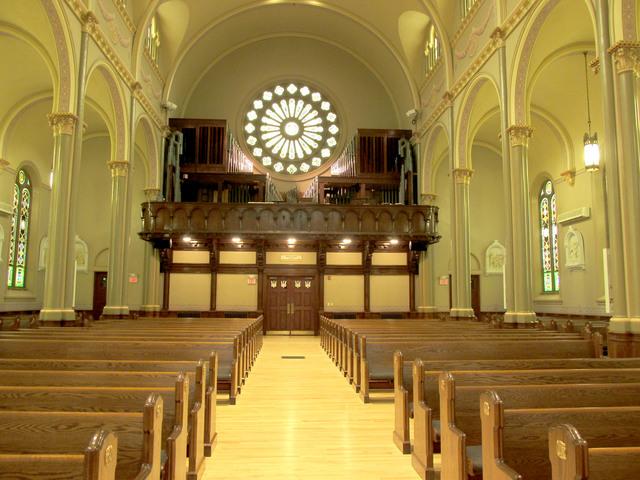 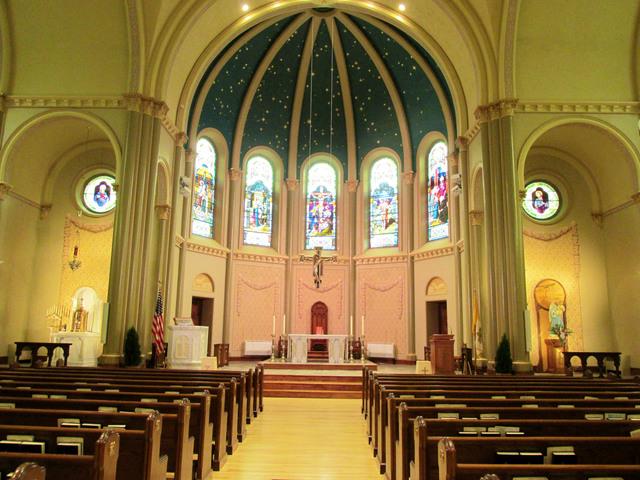 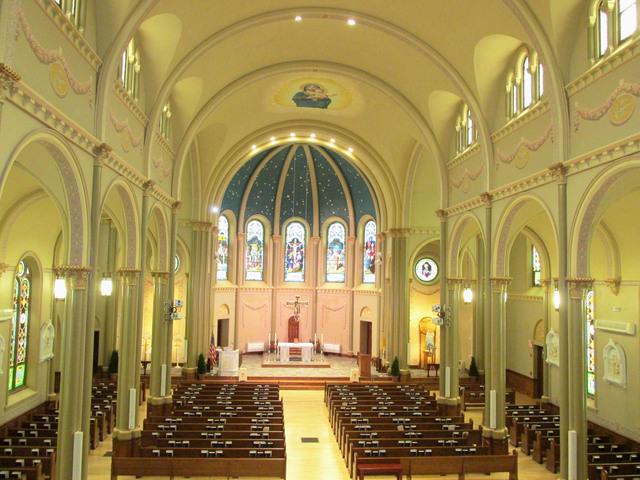